BEFORE THE STORM: 15th Anniversary

The movie that I co-directed with Levi Obery back in 2005, Before the Storm, is celebrating it's 15 Year Anniversary today!  If you are interested, it is still available for purchase on DVD, featuring a handful of Bonus Material.  Some of which, can currently been viewed on its official Facebook page.  You can also stream a new version of the movie, which was recently remastered HERE! 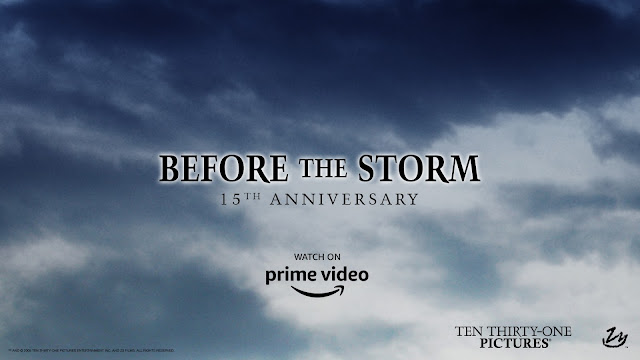 Posted by David Zimmerman III at 6:25 AM No comments: 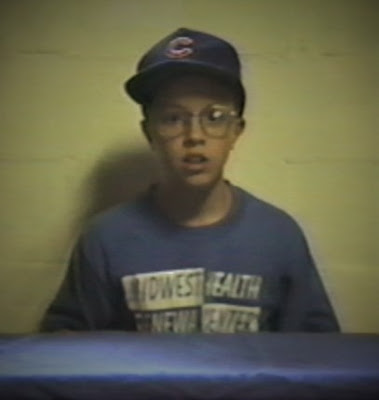 While logging some old footage I came across material from this fake trailer a few months back (which we shot back in 1996 - most likely after seeing Independence Day in the theater). So I decided to chop something together.  A few of the city damage clips were pulled from a few of our other movies (since this was never going to be a full movie), The Battle of Yorktown and Kid Rangers - to fully flesh out the teaser.   So this is a teaser trailer for a sequel to Independence Day (years and years before a real sequel was ever actualized)!  Check it out HERE!
Posted by David Zimmerman III at 7:55 PM No comments: 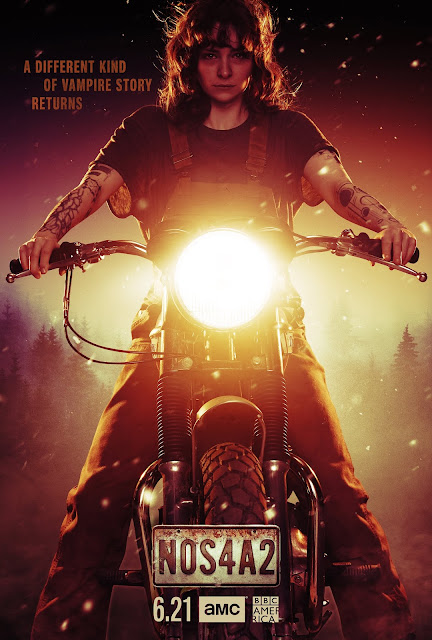 The second season of NOS4A2 premieres June 21, 2020 on AMC!  Check out the trailer for the new season HERE!  Plus check out a featurette about the upcoming season HERE!  Also the first season is currently available to stream on Hulu.  So if you haven't seen it already, its time to get caught up!!!
Posted by David Zimmerman III at 6:16 AM No comments:

ONE OF THE GOOD ONES: Bluray, DVD, and Digital Release! 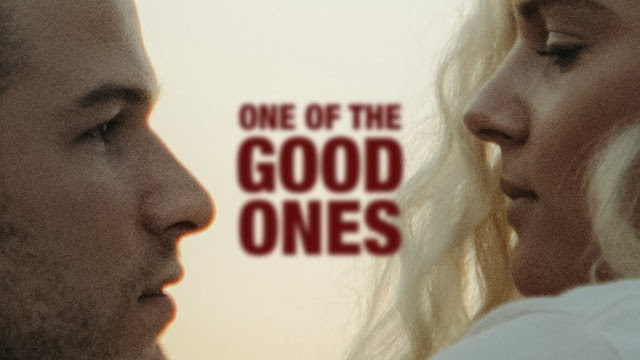 ONE OF THE GOOD ONES has arrived on Bluray, DVD, and Digital!  You can stream it and/or order a hard copy on Amazon or Target!
Posted by David Zimmerman III at 3:00 AM No comments: 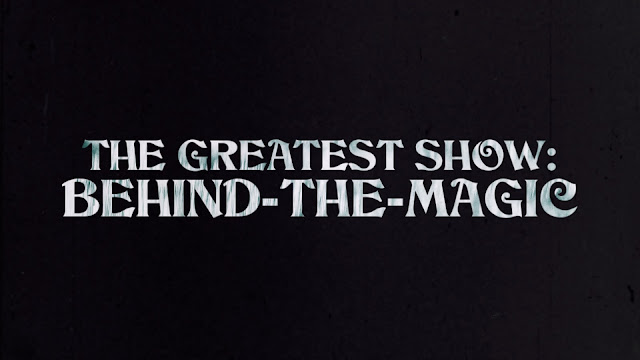 When we chopped together "THE GREATEST SHOW" in December we had the task of paring down almost 5 hours of total content into a 5 minute music video (within a few short weeks).  We were all very happy with the final product but it still left us with a lot of fun, strange, and interesting outtakes on the cutting room floor.  So we have compiled a reel of a bunch of this material, and also included some behind-the-scenes content.  Check it out HERE!


Posted by David Zimmerman III at 3:33 AM No comments: 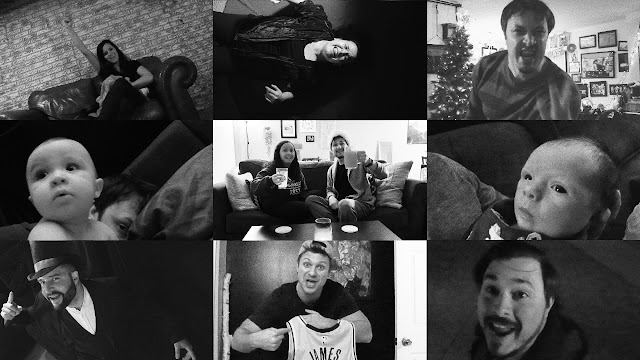 My wife and I have made a few music video's for various holidays as gifts for people over the years.  So as we neared the 2019 Winter Holiday Season - she began to write a treatment for a new Christmas themed one.  In the past most of the videos that we have done have been either for her side of the family or for mine.  For this one she was pushing to be more ambitious.  This one would be for both, which means that we would invite all of our siblings to get involved.  On paper this sounds great but aside from her brother, none of our other siblings live close enough to come and shoot here with us.  So everything would have to be shot at their respective locations and then sent to us.  So that is what we did.  The shoots spanned over the course of the next 2 months in California (Glendale and Sherman Oaks), Illinois (Metamora, Germantown Hills, and Peoria Heights), and Oregon (Portland).  Overall we ended up with around 5 hours of raw material for a song that is slightly over 5 minutes.  Which means a lot of things ended up on the cutting room floor.  So I hope to pull together some sort of behind-the-scenes/deleted material montage at some point.  Stay tuned for more on that, if all goes well.  Post-Production took place in Los Angeles and the final music video was locked 2 days before we traveled to Illinois for the Holidays.  Just in time!

Check it out HERE!
Posted by David Zimmerman III at 12:00 AM No comments: 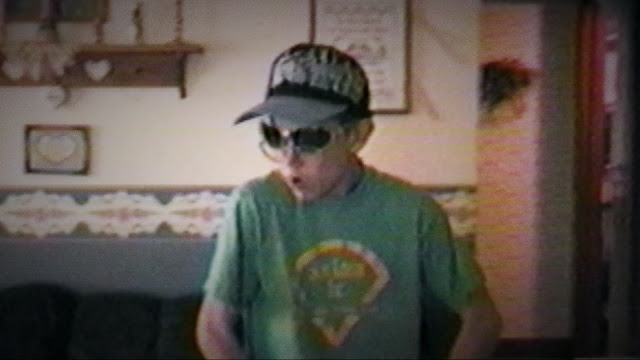 Check it out HERE!
Posted by David Zimmerman III at 12:00 AM No comments: 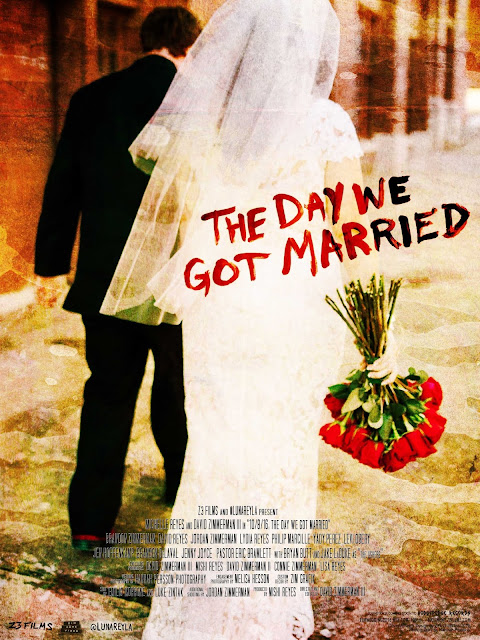 After over 3 years of work on this project (4 if you count the PROLOGUE) it is finally coming to a close!  It features more content for a Wedding than I ever fathomed could/should exist.  This is a project that most likely will never be fully viewed by anyone but its creator (Myself, haha).  It has been lingering on my subconscious through 2 other Wedding Documentaries, countless TV shows, and several short music video projects.  While it may have stressed me out on more than one occasion, I still don't regret going all out with it.  I definitely went overboard with the Bonus Content.  We just had so much footage leading up to, on the day, and on our Honeymoon (2 Years Later).  I just wanted to give it the proper respect I felt it deserved.  See details and Specs below:

A few early but complete cuts of Alternate Reels have also been included: "Our Wedding In Twin Peaks", "Death Wolf" (Alt. Rock Version), "Life Is A Song" (Our O.C. Homage that never was!), and also a short experimental version of the Honeymoon Reel to the tune of "Paper Planes!"

Overall it clocks in at somewhere around 600 Minutes of total produced content spanning three 50gb Blu-ray Discs.  Similar to many of my "releases" it isn't really a release but more of "marking" of the projects finalization.  It was a lot to handle at times but I'm very happy with the end result!
Posted by David Zimmerman III at 3:00 AM No comments: 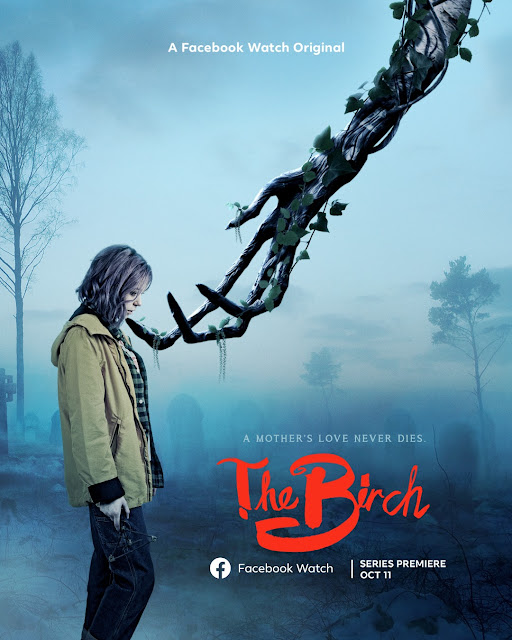 Check out the trailer for a new short-form show from Crypt TV - THE BIRCH!  Coming to Facebook Watch on October 11!
Posted by David Zimmerman III at 4:20 PM No comments: 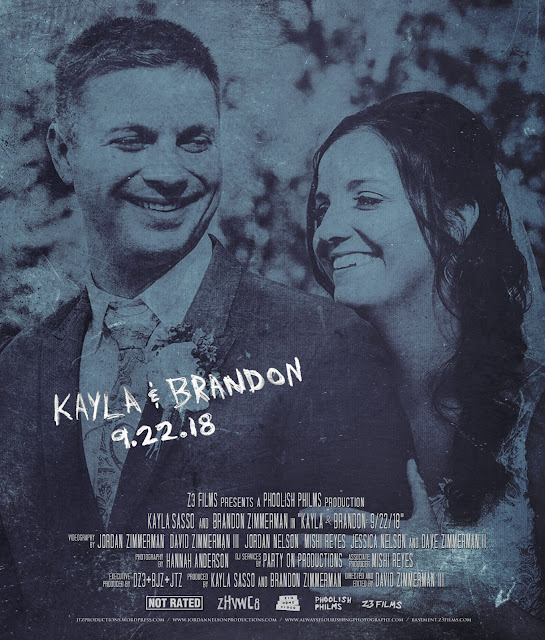 Exactly one year ago today my brother got married.  This is the story of that day...watch HERE!
Posted by David Zimmerman III at 3:13 AM No comments: