BEFORE THE STORM: 16th Anniversary 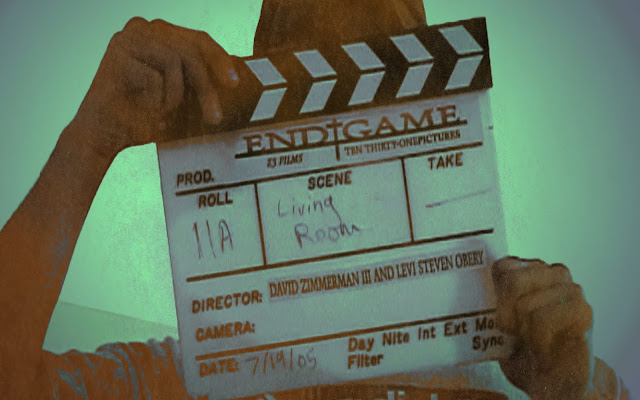 Sixteen years ago I co-directed a movie with Levi Obery.  Pictured above, is a behind-the-scenes still from one of the many nights shooting the living room scenes in my childhood home.  Eventually the movie was titled Before the Storm but take notice of one of the alternate titles on the slate.  This was one of many titles that were used during production.  Today we celebrate the movie's 16th Anniversary!  It is still available on DVD with a handful of Bonus Material - including a featurette, deleted scenes, "We Fall Down" music video from Aces Love, and its original theatrical trailer.  Some of this content can currently be viewed on its official Facebook page.  We did a full remaster last year which you can still stream for free on youtube HERE!

Posted by David Zimmerman III at 2:00 AM