The Booby Trap took home three major awards this past weekend in New York at the National Undergraduate Film Festival out of 30 films! By the way, I totally hung the bike that is behind him in the picture. 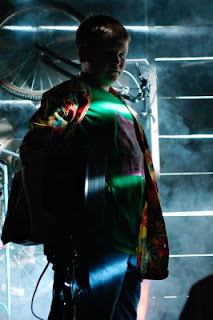