A film that I worked on as a Set Dresser called THE BOOBY TRAP is playing at several film festivals this month. I have included the dates and information below. Please attend a screening if you can, to support the film! 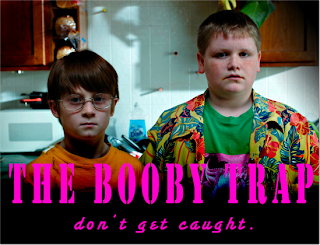 You can also view more information about the film here on IMDB.

Thanks and Good day.
Posted by David Zimmerman III at 6:52 PM