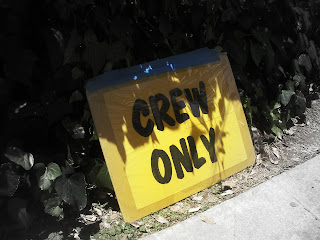 Lately, I've been occupying most of my time working on the Style Network show Clean House. I also did a stint on the ABC show Shaq Vs, which currently airs Tuesdays at 9-8 Central.

As for our independent projects..."Delivery" continues to be in the pre-production stages with no official start date set yet. The Z3/Butt Untitled short film remains within a hybrid of production and post-production. The Magic Stone, a feature written/directed by Edgar Michael Bravo that we shot in December remains in Post-Production as well. Were also developing a few new projects that are too premature to speak of as of yet.

Ashes, a film written/directed by Shawn Montgomery of Beyond the Nametag Productions has been added to IMDB! I worked on the film as a boom operator for Jennifer Larson, whom sound mixed the film. Check out it's page HERE!

More updates are sure to present themselves soon.
Posted by David Zimmerman III at 8:31 PM