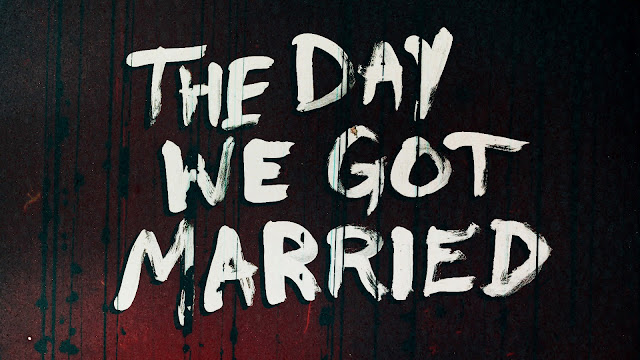 For Halloween this year I am releasing something a little bit different than usual (but more current) - my Wedding Highlight Reel!  That being said, it still has a bit of a horror twist.  The look of the video is highly inspired by 2007's Grindhouse.  It also features Zim Home Video/Z3 Films archival props, costumes, several actors and crew, one of the VHS Camcorders that we used to shoot with in the old days, and more!

This Reel arrives just a little over 2 years after our Wedding Day.  Mainly due to the fact that only days after we returned from Illinois, I jumped back on The Last Ship for back to back seasons.  So throughout the next year and a half I only had small windows of time to work on this project (which ultimately consists of a Highlight Reel, a feature length Documentary, and a Myriad of Bonus Material all destined for a Blu-ray "release").

Then after work on The Last Ship commenced - we made our way to Europe for a proper Honeymoon. While we were abroad we shot somewhere around 13 hours of footage spanning the 12-Day trip. So when we returned I dug right into the Honeymoon footage and cut it down to a reasonable Documentary length. Then we chopped that down further into a 12-Minute Highlight Reel, which we "released" online in August, and can still be viewed HERE!

After our Honeymoon Reel was complete I got deep into the editing process of this Reel, and the other Wedding Day materials. So this Halloween, I give you 10/8/16: The Reel!
Posted by David Zimmerman III at 1:41 AM