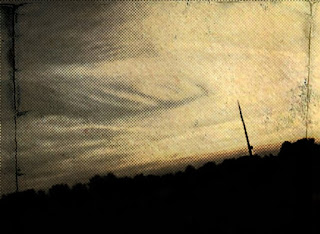 In 1996, a parent of one of the cheerleader's shot and cut together a football season highlight reel. It played at the team banquet and somehow we got a copy of it. We used to watch it all the time.  High school football in Metamora was something we were all excited to be a part of someday. We felt like we were watching legends on screen. I was also constantly racking my brain to figure out how the video was put together.  This was about 8 years before I would start editing on a computer. I started editing using the camera and a VCR, this was a long and tedious process.  Every cut would also leave behind a "rainbow" glitch - so it was never a clean cut either. This forced me to plan things out a little bit more than I typically need to these days. It certainly laid some ground- work for the way my brain processes editing now.  Then in early 1996, during a family birthday party our family VHS Camcorder died. My brother and I were devastated. We thought our movie making days were over. Our fears ended soon thereafter when my Uncle gave us his old video camera. Once I started to check out the features I soon realized that his camcorder had some new features, including a "dubbing" option. This would allow for more precise cuts that wouldn't give that ugly "rainbow" VCR glitch between each cut. Instead the cuts would be clean - like they are on TV and in movies.  I did a "dub" test by recording video of a song from I Know What You Did Last Summer playing on a boombox in my room. Then I went through the movie and dubbed clips over the footage of the boom box to go with the song. This was my practice test and I can still remember being fully exhilarated throughout. I finally had the means and knowledge to edit. This meant no more shooting in order and editing in camera live! Then the wheels in my brain started to spin, they started to spin quickly.  Everything was about to change. 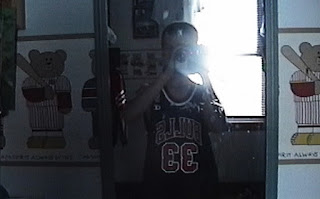 My first football highlight reel was constructed in the summer of 1997. My Dad, brother Brandon, and I dug through hours of footage that my Mom and I had shot of their JFL team. The plan was to compile a reel of highlights to show  at the team banquet that was being held a few days later. After several hours of work we finally completed a full highlight reel. The reel was a success at the banquet.  So all of our hard work had payed off.

A CHANGE OF SUBJECT MATTER:
As time went by I got to thinking that it may be fun to do something similar using vacation footage. We always tend to shoot a lot of video while on vacations.  Since we shoot so much, it is rare that we all sit down to watch all of the raw footage. So I thought that if I cut together a 4-5 minute highlight video, it would be easier to watch. So upon our return from the Wisconsin Dells in 1998 - I locked myself away in my room.  And for several hours started going through footage and laying down shots one by one (with a VCR, a Hi8 Camcorder, a VHS Camcorder, and a boom box). After several days working on it off and on. I presented it to the family - and a tradition began!


It began a whirlwind of highlight reel cutting both for life events and sports. At some point I even started going back through old footage and cutting reels for vacations that had already passed. Soon I started cutting together mix compilations that I dubbed "life flashback compilations" as well. These would span our entire library of VHS and Hi8 home movies from 1986-Current. It wasn't long after, that I started to cut something similar with Christmas footage.

As time went on I soon became too busy to continue doing these reels yearly so it became somewhat sporadic. It wasn't until I graduated college and moved to California in 2008, that I started cutting vacation reels consistently year to year again.

THE COMPILATION:
I had considered starting up this project many times throughout college. Something else always seemed to come up.  I was producing more material with my college friends than I ever had before in my life. So I found it hard to convince myself to return to old projects back then. I knew it was going to be a lot of work and that it would probably take a few trips back and forth from Illinois to actually get all the content I needed. This was definitely the case. The reels that had been cut prior were all on random tapes, within other material, and not easy to find. Some of the versions I came across were actually dubs and some dubs of dubs. These dubs had major generation loss so I only captured them to my computer (just in case the original could not be found). Gradually over the course of a few years I had scoured the archives that spanned several VHS tapes, Digital 8, DVD, and Mini-DV and found all of the previously produced reels. Eventually I decided to make this compilation span 20 years. This meant that I had to produce some new material to fill in some of the gaps. 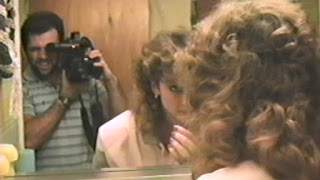 Since I'm a bit of a completion-ist (I own Halloween III) - I had to cut several videos to fill in these gaps.  New vacation reels were created for 1995, 2001, 2002, 2004, 2005, 2006, 2007, 2008, 2009, 2015.  Late in the game I also decided to cut together a new Christmas Compilation. On top of this I also went through most of the footage we have shot over the course of my life and built some Video Age Progression Reels of my parents, brothers, and I.  These Age Progression Reels originally started as a Menu Background idea but soon became Reels of their own (and also became Birthday Gifts).  So all together, about 20 new reels were created for this release.

REMASTERING THE OLD REELS:
Video:  Any strange artifacts, aging wear and tear, and other issues were all cleaned up as well.  The masters were holding up pretty well for the most part, considering they were all VHS.  Slight color correction was done on all of the videos and a few that were widescreen were converted to show properly on new TV's.  I didn't have to do too much tinkering though. I am very impressed with how good they look on Bluray.  Audio:  All of the music from the original versions of the old reels was recorded live with the camera mic with music playing on a boom box. So I replaced all that music with clean Stereo tracks digitally. 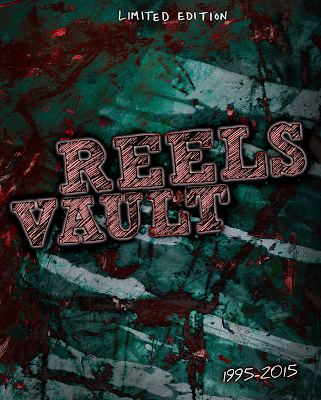 The cover artwork went through many interpretations over the years.  The final version is a combination of several of them. The background started out as something that was just created in Photoshop. The final version is a painting that I made one late night during a stint of unemployment. Some of the text is just fonts from the software and some of it is handwritten. If it were easier to get colored blu-ray cases I probably would have housed this in a red blu-ray case.  But empty blu-ray cases in colors are not easy to come by.

The Menus went through many phases throughout the years.  The final phase was by far the toughest and took the longest to execute.  While sitting in traffic on my way to work at Culver Studios in 2015 an idea sparked in my mind (possibly inspired by Richard Linklater's Boyhood?). I thought that it would be interesting to have the menu backgrounds travel through the years that the compilation represented. Each menu would be a different family member, and possibly do one with my brothers and I growing up together as well. So I returned to the archives to figure out if we actually had video footage of each of us from every year. This was a painstaking and long process. I soon realized that we had video of all of us for every year from 1995-2015. I couldn't stop. I also ended up cutting together Extended versions of each. To do this had to dig even deeper. I found some mid-80's material from grandpa Melvin's old 8mm films. For a few years I had to ask my parents to find photos but 98% of the years since I've been alive are covered with video. The final product is an emotional ride through the growth of 5 family members. I could not be more happy with how these turned out. 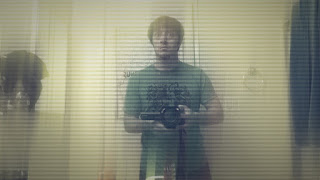 IN CLOSING:
As with most of the projects that force me to dig deep into the archives - this one was just as complex.  In the end it times out around 272 minutes of content and is a total of 50 Reels.  I'm very happy with the final product and excited to finally have all of these in one collection.


Posted by David Zimmerman III at 3:33 AM