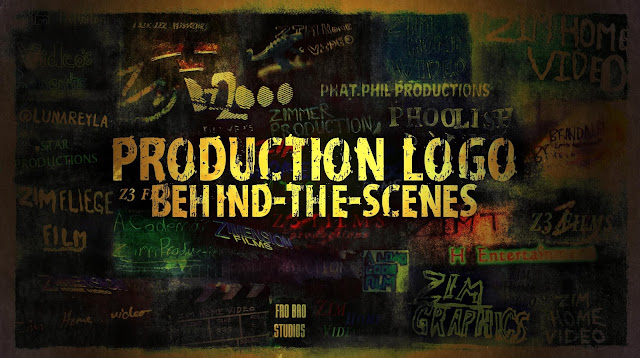 For the last few years I have sporadically been working on updated production logos for various "entities" within our movie making universe. We have created many production logos since we started making movies back in the 1990's.  So I thought it might be fun to look back at some of the old versions and then dig into the process of making the new ones.  The first to be discussed will be the Zim Home Video logo.  Zim Home Video was the name of our first production banner, and remained our primary for several years.  We often created co-production banner's as well when other people would be co-producing a project with us.  So we also have several off-shoot production banners that we have made as well.

The early versions of the logo were often simplistic. Usually they consisted of text on white paper or words appearing on a dry erase board. We made several different versions early on because at the time we didn't have the ability to edit anything. We were shooting our movies in scene order. So every time we made a new movie we had to shoot a new version of the logo at the start of the tape. This gave us the freedom to theme the logo to its given movie, which allowed for more creativity. A few of the Alternate Zim Home Video versions contained Magic Wands (In reference to my old Wanna-Be A Magician Days), a Mini Godzilla (A creature that was often used in our miniature city animations), and even Power Ranger's Zord toys (For our Kid Rangers movie).  In 1997/98 I produced a version which had the letters mold themselves out of a blue putty substance on my bedroom wall. This version of the logo was used for many projects over the course of several years. The next version was shot as live action - featuring me opening "The Movie Closet" door, raising a slate marked "Zim Home Video", and then clapping it.  This version of the logo was only used a few times.  I'd actually completely forgotten about it until I started digging in the archives for this post.

Around the year 2000, we rebranded the production side of things as Z3 Films Productions and Zim Home Video became solely our distribution arm.  Around this same time my friend and producing partner Levi Obery produced a few versions of the logo for us.  A few years later upon moving to Los Angeles I created a new version, which was black & white with TV glitches.

Now here we are, it's 2019 and while I was producing several other production logos (most of which will be discussed later in this series) I was inspired to revisit this logo.  This newest incantation is a conglomeration of several of the logos of the past.  The text has been hand painted.  The color scheme is based on the 2000's version, which was partially inspired by the very first version.  The VHS glitches homage the prior version and also our early days, when every movie was being shot on VHS.  The rest is just inspired magic. 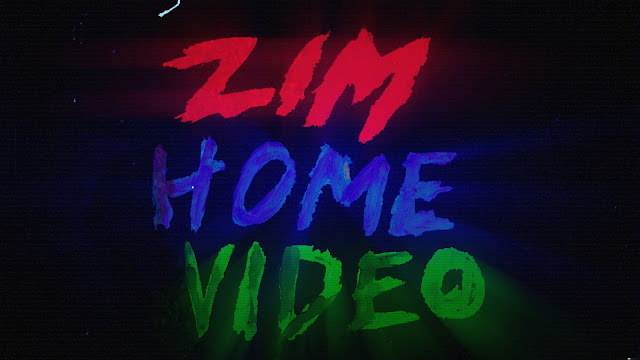